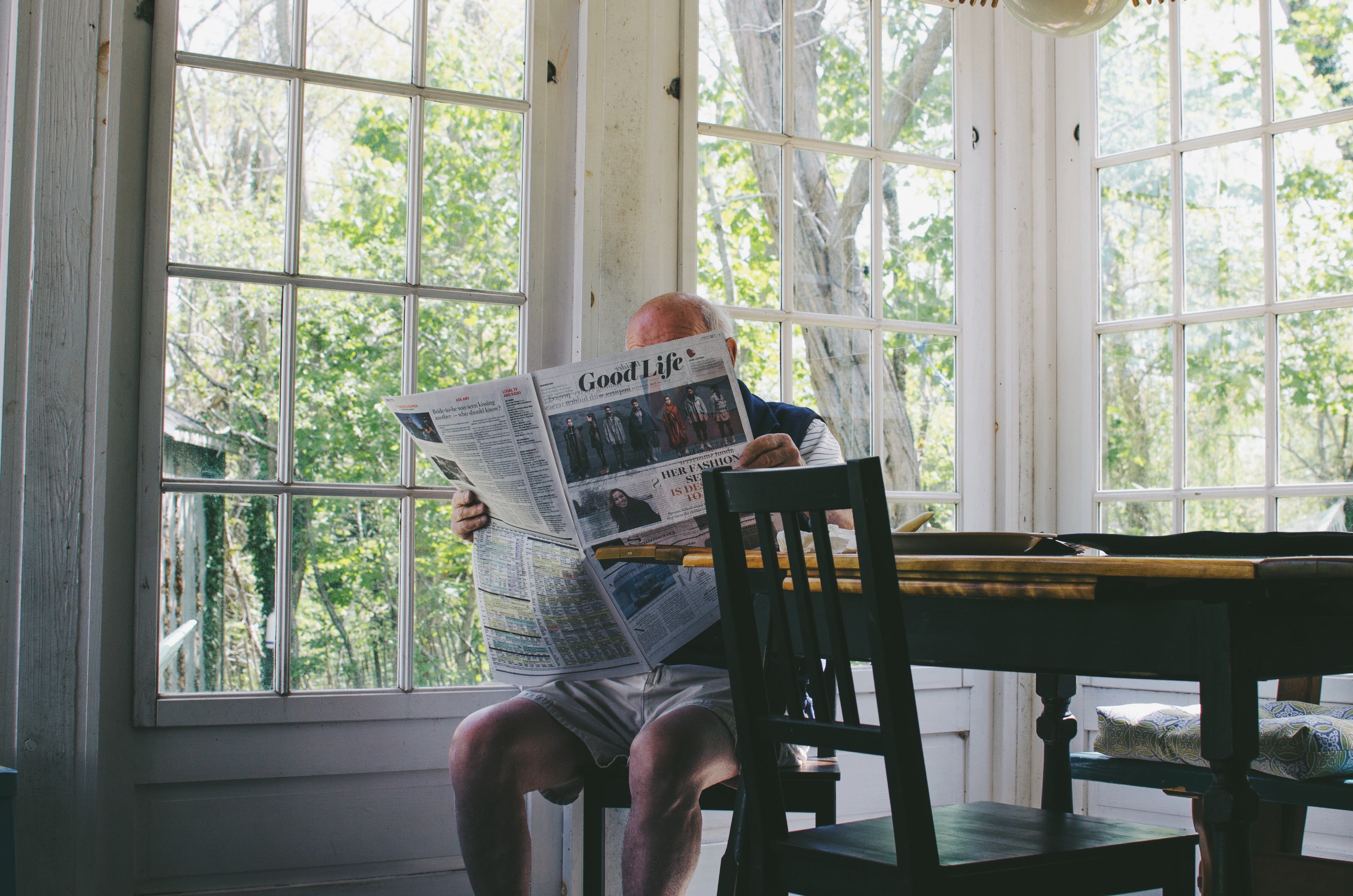 Note to Readers: This post is also available in audio form and can be downloaded and listened to later on.

His name is Ted, and this post is about a moment in his life and mine.

My dog turned left instead of right when we reached the end of the driveway one morning, and I followed along. It was early morning, not even 7 a.m., on an ordinary summer weekday. We had been walking for about four minutes, maybe five, when I saw a man of advanced years standing in the middle of the road.

Despite the lack of caffeine in my system, my elder law brain kicked in and I started to assess the situation before me. This man seemed calm, not in distress, not lost. He was dressed appropriately for the hot weather; his clothes were clean and pressed. He didn’t appear disoriented. He was just standing there, alone, in the middle of the road.

He lit up with a big smile when he saw my rather large Rhodesian ridgeback walking toward him, towing me along. We introduced ourselves and he told me his name was Ted.

He asked how old my dog was, and I told him that she just turned 10. Ted was petting her soft ears and looking into her big expressive eyes and he said “she’s just like me, waking up every day and not knowing why she’s still alive.”

Ted began to tell me about himself as we stood there. He told me he is 101 years old. I told him he didn’t look a day over 75, and he smiled.

I asked if he lived nearby and he pointed out his home, about a block away. We turned and started to walk toward his house together. He told me his wife had died 6 months earlier; she was 98 and had suffered from dementia. Ted said he had hoped she would die before him because he knew she’d be placed in a nursing home if he wasn’t there to care for her. He had tears in his eyes as he talked about his wife. Ted touched the silver crucifix hanging from a thin chain around his neck on the outside his short sleeve shirt. Ted told me that his wife was wearing it when she died, so he wears it every day to keep her close. I looked him in the eyes and said I thought that was a beautiful way to keep her love with him.

When I asked if someone checked in on him each day, he told me about his daughter, apparently she lives nearby and raises horses. He told me that his friends are all dead. He still drives his car, but only to the grocery store. He has nowhere else to go, no one else to visit.

He said that his life was a series of ups and downs and he’s trying to make sense of it all. I said, “I think that’s why we call this life a journey, Ted.” He stopped walking, looked at me and smiled and nodded his head. A journey, that’s a good word to describe life he said.

We arrived at his doorstep all too soon. I could tell he didn’t want to go inside, but he was tired and needed to be back in the cool air conditioning of his home as the morning air was humid and getting hotter.

As we were parting, I suggested to Ted that he had experienced a rare gift in this life because he had known a deep and abiding love with his wife, in a marriage that spanned more than 70 years. That their love had endured through all of those ups and downs in their journey together. He smiled at that observation. I suggested that maybe he could think about that during the day, in the hopes that by remembering the bliss and strength of their love he could face one more day without her.

I have spent months researching the widespread feelings of loneliness in elders around the world. I was curious to know if people of a certain age (over 70) are feeling left behind, left out, or marginalized in our communities if they are unable to manage the technology necessary today to keep up with new forms of communication. With the advent of whole conversations being conducted over email and text messaging, and Twitter, Facebook and Instagram allowing us to post and share every moment of our everyday lives, I wondered whether elders are getting more social and community interaction or less.

In my quest for information on loneliness, I’ve read studies from prominent scholars, and brilliant essays by well-respected journalists. After all that reading, I was truly surprised by the results of the studies.

Loneliness and feeling left out or marginalized in society is not just the plight of elders who cannot manage technology as their form of communication. Researchers have found that people from 18 years of age onward report feelings of loneliness. So in spite of the ever expanding communication technology being created for and adopted at the speed of light by younger generations, loneliness at every decade of life from young twenty-somethings onward is now at an epidemic level, everywhere.

This research also indicates that any communication that occurs via an electronic medium (Facebook, Twitter, email, texting) is only 50% as satisfying as conversations we have face to face with other human beings. I find that fascinating, and yet not surprising. I can read all of these studies and reports, but, in the end, writing this series of posts on loneliness by summarizing the data, well, it’s just not enough for me.

I suggest that what we all need to do, in every generation, is to start talking about how we can BE the answer to Ted’s question – “why am I still alive?” Because that question plagues us at every age, if the studies are right. And those of us now in our 40s and 50s are likely to become just like Ted: we’ll live to well over 100 years of age, and it’s likely that we’ll able to live independently. But will those long lives have a purpose to each day? And without face to face human interaction on a routine basis, it seems we won’t do well.

Ted is my new hero. He’s brave to live alone at an advanced age. He leaves his house early in the day in the hopes of having a chance to talk with another human being, if only for a few minutes of that long day. Putting himself out there in public like that has to take a tremendous amount of courage on his part. And he puts his feelings and thoughts right out there, no masks, no games, he speaks what is on his heart without hesitation.

I hope you will continue to read the other posts in this series on loneliness. And I invite you to leave your comments and thoughts on how you are working to stay connected, relevant, involved within your community, family, and circle of friends as you age. And I promise, there will be more on Ted’s story because he’s now on my radar screen as a neighbor to check in with from time to time.