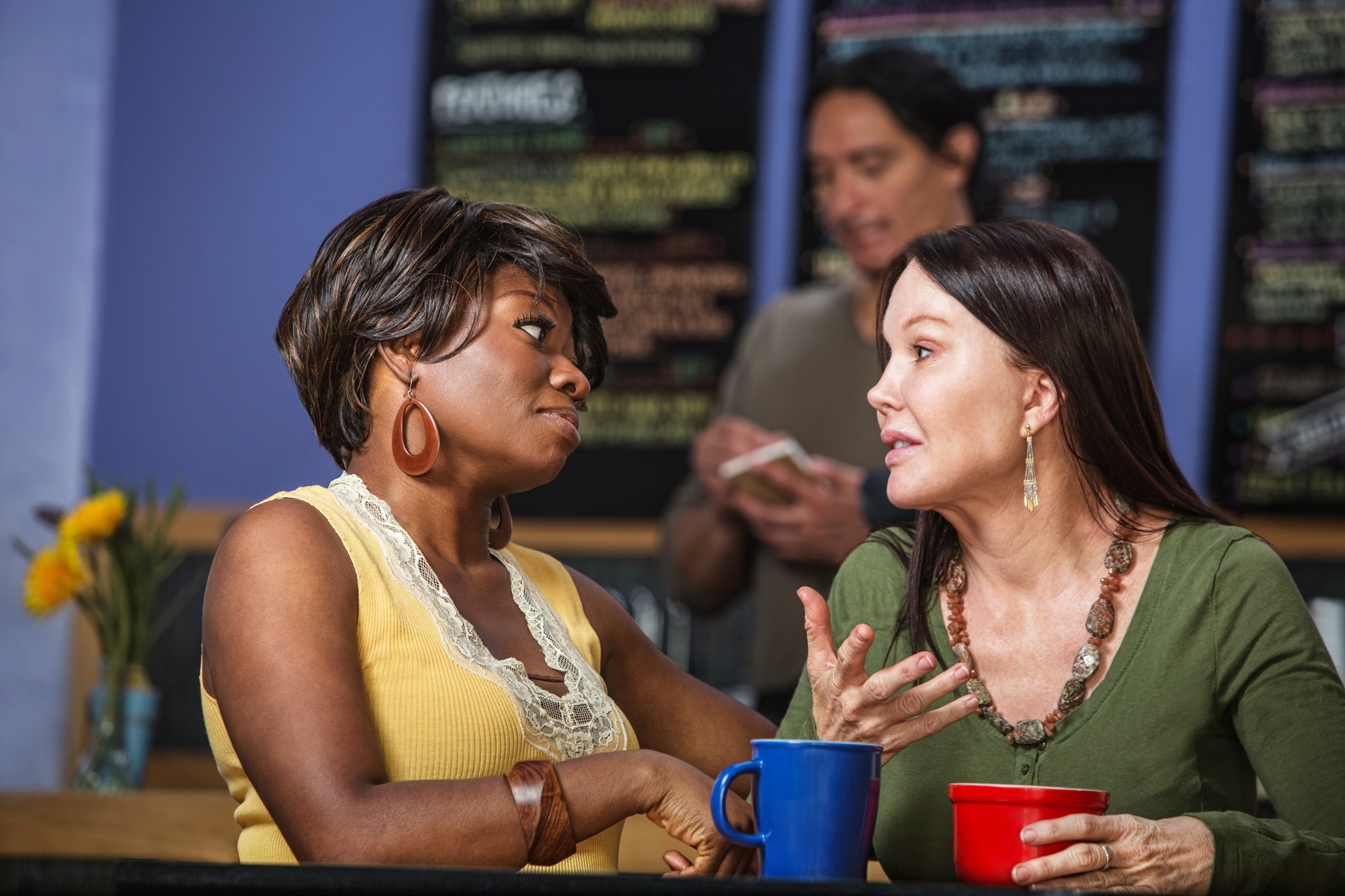 Originating in England, Death Cafés may just be the best export from England since, dare I say it, the Beatles.

The concept is this: people in a community come together at a safe, neutral space to talk about death. No admission fee is ever charged. These gathering can be hosted by anyone, so it could be individuals who may work in hospice or palliative care, but that’s not a requirement, or community organizations, or someone who just wants to get the discussion rolling in their town. There is a facilitator to help keep the discussion moving along and the person serving in that role should have good group facilitation skills. The facilitator needs to be able to listen to and discuss all aspects of death and dying with equanimity, and be able to handle any issues or problematic situations that come up at a Death Café.

To put it simply, anyone can host an event, they just have to be willing to meet the requirements set up by Death Café.

“The objective of the Death Café experience is to increase awareness of death, while helping people make the most of their (finite) lives” according to their website.

The first two Death Café events in my home state of Vermont have been hosted by Brattleboro Area Hospice at The Works Bakery Café, with 40 or so brave souls and 5 hospice workers attending. One night this past September in Brattleboro, dozens of courageous folks came together with their own questions and fears about death, and were genuinely interested in talking about how we can cope, approach and face death as individuals, family members and as a community. At these meetings, participants gathered over coffee and cookies, prepared to be open, honest, patient and, maybe, a bit vulnerable.  There were so many people that smaller groups were formed so that everyone had the opportunity to participate in the discussion. The participants raised and discussed topics such as:

OK, so you’re thinking, those hippie, blue state, liberal Vermonters, of course they get together and talk about death over coffee and fresh baked sweets, right?

News flash – Death Cafés have been held in 9 countries so far, with over 400 Death Cafés hosted to date around the world – this is a global movement people! In fact, the first Death Café held in America was hosted by Lizzy Miles – thank you Lizzy! It doesn’t matter if you dropped out to Vermont in the ‘60s to sell hemp clothing, or if you are a retired lawyer in Florida who always votes Republican, death is one of two common experiences, the other being birth, which we all will share in this lifetime. And on the topic of death, each of us has questions or something to say.

The Death Café concept is the brilliant brainchild of Jon Underwood, who founded this movement based on the work of Bernard Crettaz.  Mr. Underwood is best described as a global catalyst, and he, with his mother, Sue Barsky Reid, hosted the first Death Cafe in their home in England.  These two gracious souls are offering a social franchise to concerned individuals who host Death Cafés according to their guidelines. And they do this for free – no charge, no social media fame – they give this gift as a selfless act of compassion to help others.

Mr. Underwood, who donates all of his time, asks Death Café hosts to adhere to the following guidelines:

The Death Café host has to make sure that participants know ahead of time that this is not a bereavement or grief support group, and that the host and facilitator of the group know of local resources to refer people to if they need more support. If the host agrees to the basic rules and structure of the Death Café model, all materials are free to help to publicize the even and get organized for the group discussion. Please see the Death Café website for more detailed information on the guidelines for hosting an event.

According to Cheryl Richards of Brattleboro Area Hospice, the evening of September 16, 2013, saw a group of 40 strangers convening in a “safe” space to discuss one of the most emotional issues we grapple with as human souls – death.  As Cheryl put it, it was “amazing to see how comfortable everyone was talking within a group of strangers about their fears, concerns, and personal questions around death.”  One parent came with their adult child and they reported back to the group that they could truly hear each other and the concerns they were expressing better in a group setting with strangers than they would have if they had tried to talk these issues through on their own.

Why do we feel comfortable being open and vulnerable with strangers on emotional or intimate topics? I’m sure there are dozens if not hundreds of academic articles on that topic, but the uninhibited sharing of emotions with strangers you encounter for a short, set period of time does seem to be a universal experience. Think back in your own life to trips you have taken. Have you ever opened up about some deep personal experience to someone you didn’t know sitting next to you while traveling on a bus, train, or in a car or during a plane trip? Or have you experienced a stranger telling you their fears or hopes while sitting next to you on a plane? I know I have been fortunate enough to have experienced that openness while traveling in the company of strangers, and have gained profound insight into another person, or myself, or a situation I was grappling with because of that experience of talking with a stranger in an open, vulnerable way.

So why attend a Death Café? The hope is that after having a conversation about death in a “safe” environment, where very few, if any, participants are attached to each other by relationship, participants are better prepared to have these tough conversations with their families, close friends, and with themselves.

What can you learn at a Death Café?  By listening and talking with others people in your community you learn that you are not alone in the process of understanding death. Or you may learn about resources in your community to help with planning for death. For example, a friend of mine in Denver attended a Death Café in Lakewood, Colorado. One concern that came up at the Lakewood meeting was the rising cost of a funeral or memorial service, which makes it hard, or impossible, for families to afford a traditional wake/funeral/burial service. One of the participants at the  Lakewood Death Café was a funeral director who opened a funeral home in a strip mall and was offering lower cost funerals and memorial services to families who want to honor the death of their loved one with a gathering and burial, but cannot afford a traditional $5,000 or $10,000 funeral/burial.

Is it possible that open and honest, compassionate discussions about death can become a globally unifying social movement for the humans of this world? I hope so.

What if we all open up and talk about death with each other as a community, if we help each other create ways of facing death, form new resources or support systems, or invent new ways of doing things, share ideas across borders and around the globe when it comes to death? What would our world look like for those facing their own deaths, for their loved ones, for their care providers? Jon Underwood receives short reports from every Death Café host after meetings about their discussion topics and how their meetings went. Maybe, someday, we’ll have a report from Mr. Underwood about the global human experience of death.

In my experience, some of life’s best lessons are learned from open, honest discussions with others – so I’m hoping that you will consider attending, or maybe even hosting, a Death Café in your community soon.

Many thanks to Cheryl Richards who graciously set aside time to be interviewed for this post, and to all the folks at Brattleboro Area Hospice who are bringing Death Café to Brattleboro, Vermont – you are true leaders!

And to Jon Underwood and Sue Barsky Reid, the creators of Death Café, your gift to the world is truly stunning – you are each an incredible source of powerful and positive change in this world – thank you for showing us all the way!

I highly recommend you hit the link and check out the Death Café website at www.deathcafe.com, where you can read more about this global movement, and find out if there is a planned Death Café in your community or nearby to where you live. There is also a Death Café Facebook page you may want to check out as well.